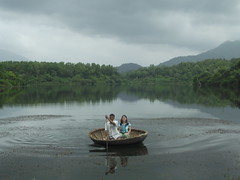 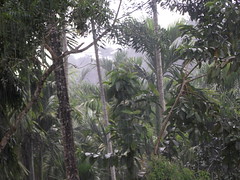 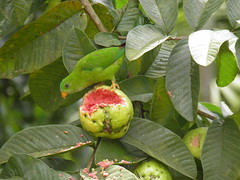 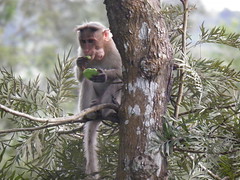 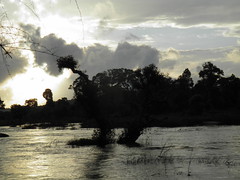 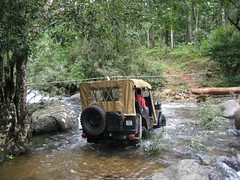 during the monsoons
The seasons in Kerala
The Ayurvedic Village Vedaguru organizes trips, holidays and courses throughout all the year exept in May. In this month the air is very sultry despite the center is located at 800 meters in height . On the contrary, in the following month of June, thanks to the arrival of the monsoons air cools after the heat and Kerala is the best time for the practice of’ Ayurveda (June to November) period in which the body and mind are more receptive. In short rains offer the possibility to revive and heal by giving more power to strength and growth. During these months Wayanad shows all her charms in the rain and soul of a still greater liveliness. The rain is never incessant and heavy rains usually last between 10 to 30 minutes, up to a maximum of 2 hours and even in these cases the splendor of the sun is never far away. In Kerala there are two rainy seasons; the first in June than in the Malayalam calendar ( of Kerala ) is called Edavam from which it takes its name Edavappathy, the monsoon comes from the southwest . Arrives in the second half of October in the north- east and it’s called Thulavarsham which means ” rain in Thulam ” ( corresponding to October period in the Malayalam calendar ) . It must be said that the monsoon season is becoming unpredictable ; always begins later and ends earlier thereby reducing the amount of water necessary for flora and crops . The tropical clime wanders throughout the year between 22 and 33 degrees, the ‘ “high season” runs from September / October until March .
We use cookies to ensure you get the best experience on our website OkRead more